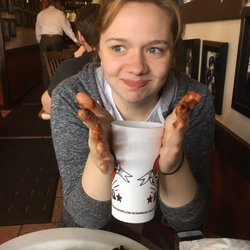 Speaking with CNBC at the Munich Security Conference, White House cybersecurity coordinator and special assistant to the president Rob Royce offered the dour assessment amidst a recent flurry of discussion on cryptocurrency regulation, which is playing out between Senate hearings, enforcement actions and public op-eds.

"I think we're still absolutely studying and understanding what the good ideas and bad ideas in that space are. So I don't think it's close," Joyce told the network.

Echoing previous comments from U.S. Treasury Secretary Steve Mnuchin, Joyce said that his more immediate concern was with the criminal usage of bitcoin. He emphasized that he considered the irreversibility of bitcoin transactions - a characteristic of the how the network functions - to be troubling.

"We are worried. There are benefits to the bitcoin concept - digital cash, digital currencies," he said. "But at the same time, if you look at the way bitcoin works after there is a criminal act that takes place, you can't rewind the clock and take back that currency."

One U.S. Treasury official called on the international community to help take action against cybersecurity threats in a speech earlier this week, and asserted that a globally coordinated effort is the only way to prevent "rogue regimes" and terrorists from exploiting the pseudonymity bitcoin provides to engage in illicit activities.

World leaders largely concur on this point, including Christine Lagarde of the International Monetary Fund (IMF), who said in a recent interview that the IMF is actively trying to prevent unlawful use of cryptocurrency and supports internationally-coordinated regulation.
Source : https://www.coindesk.com

By Quinton -  October 10th, 2019, 6:00 pm
-  October 10th, 2019, 6:00 pm #2566
In my view, it’s so important for one to have regulation aspect covered, it’s just not possible to move forward without it. And this is where we need to do proper research. As working with any company without regulation is so very risky and we got to really watch out for.

Reply
Return to “Crypto Talk”
27 May

I like to eat caviar. Especially red one. Sometim[…]